WHEN HE’S DARK, The Olympus Pride Series, Book One

As I promised all those who contacted me about WHEN HE’S DARK, I’ve written a post that will give you the ins and outs of the upcoming Olympus Pride Series. I apologize for not doing this sooner, I just hadn’t anticipated the amount of interest that this new series would get. Thank you all so much for your interest in it!

Just to give you the brief details, it is the first in my new series and will be released April 7, 2020. 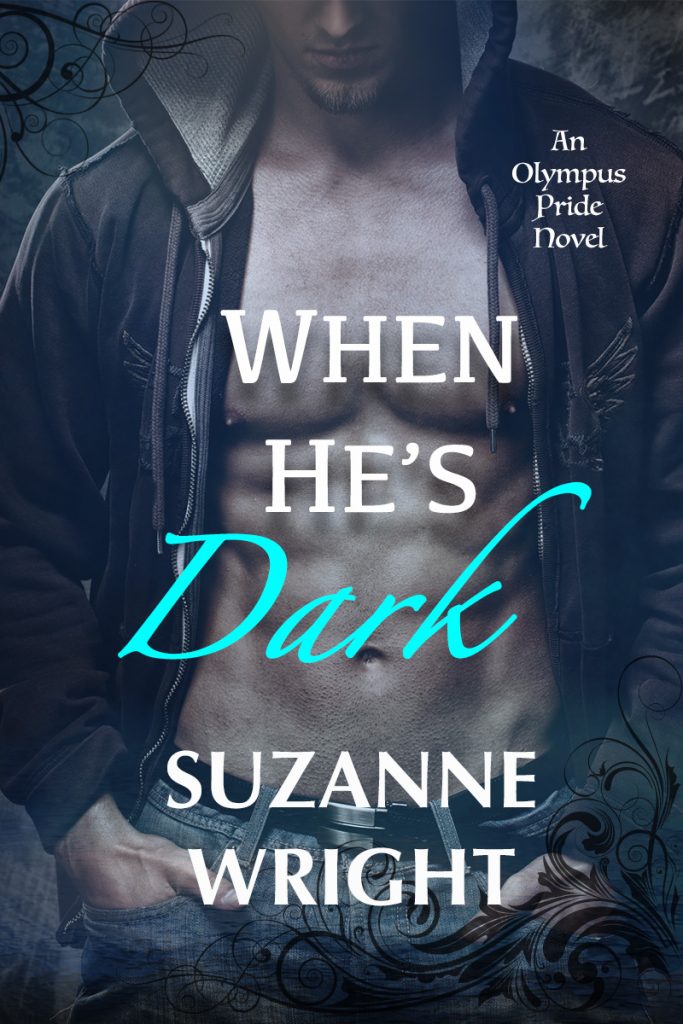 If you haven’t read the blurb, here it is:

Cat shifter Bree Dwyer doesn’t fear much. Ironically, what she fears most is the person who was put on the Earth just for her. Your true mate wasn’t supposed to be cruel and twisted; wasn’t supposed to be someone who’d never love or want to claim you. The rumors that her true mate’s dead bring her only relief. Bree’s intent on moving forward with her life and building a future with someone else. Sadly, the male she wants most is one she can never have—a hot-as-sin wolverine shifter who happens to be her boss … and the cousin of her predestined mate.

Aleksandr “Alex” Devereaux detests being bullshitted, but he’s been lying to himself for years—pretending he thinks of Bree as extended family; that he doesn’t want her so bad he aches with it; that he can’t feel himself weakening against her pull. The night they spend together changes everything. He’s done fighting himself on what he wants. Someone isn’t happy about that. Possibly the same ‘someone’ who is playing mind games with Bree, trying to scare her. They’re succeeding, because too many leads point to the possibility that the culprit could be the one person that she’s determined to believe is dead.

You can read a preview of the book here: http://www.suzannewright.co.uk/my-books/the-olympus-pride-series/

If you have read about the wolf packs, you may remember that the pride first appeared in Madisyn and Bracken’s story, ECHOES OF FIRE, and then reappeared in Mila and Dominic’s story, UNTAMED DELIGHTS. Mila has a twin brother, Alex—he is the hero of WHEN HE’S DARK.

The pride is mostly made up of pallas cat shifters. They are, in Alex’s words, “cuteness on toast with a smattering of weird. But that overabundance of fur was nothing more than a fluffy cloak that hid the disturbing reality that they were the living embodiment of crazy.”

I had the idea of creating somewhat vicious yet terribly cute species of cat shifter, but I couldn’t ‘see’ the animal in my head. But when I read up on Pallas’ cats (I don’t include the capital ‘P’ when referring to shifters), saw how expressive they were, and witnessed how they could switch from cute to a snarling beast in a nanosecond, I knew these were the felines I needed. Observe the transformation … 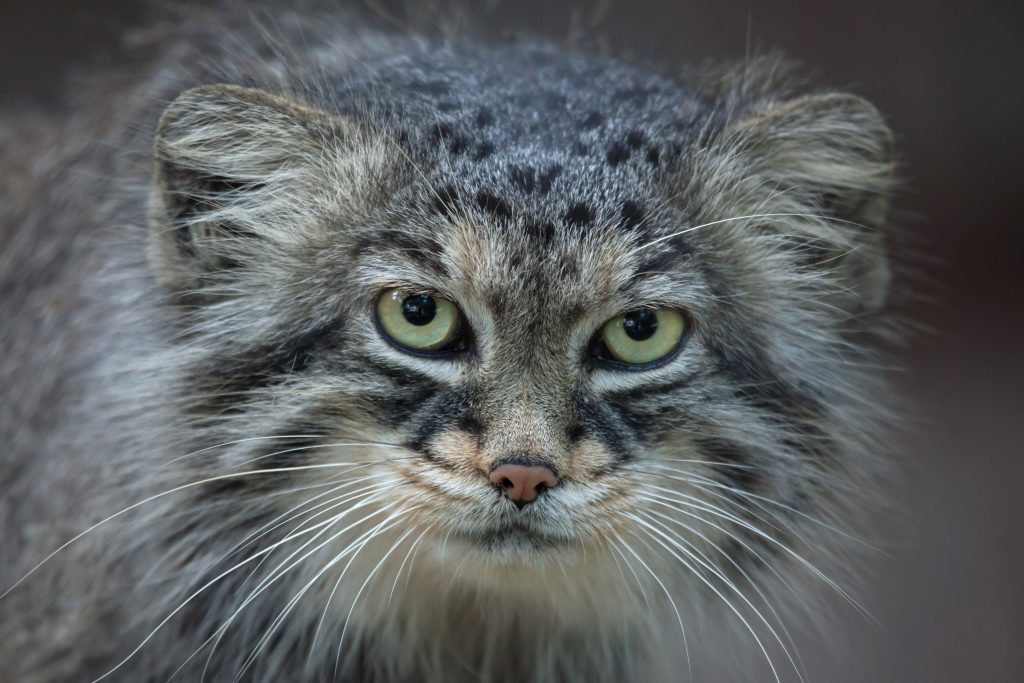 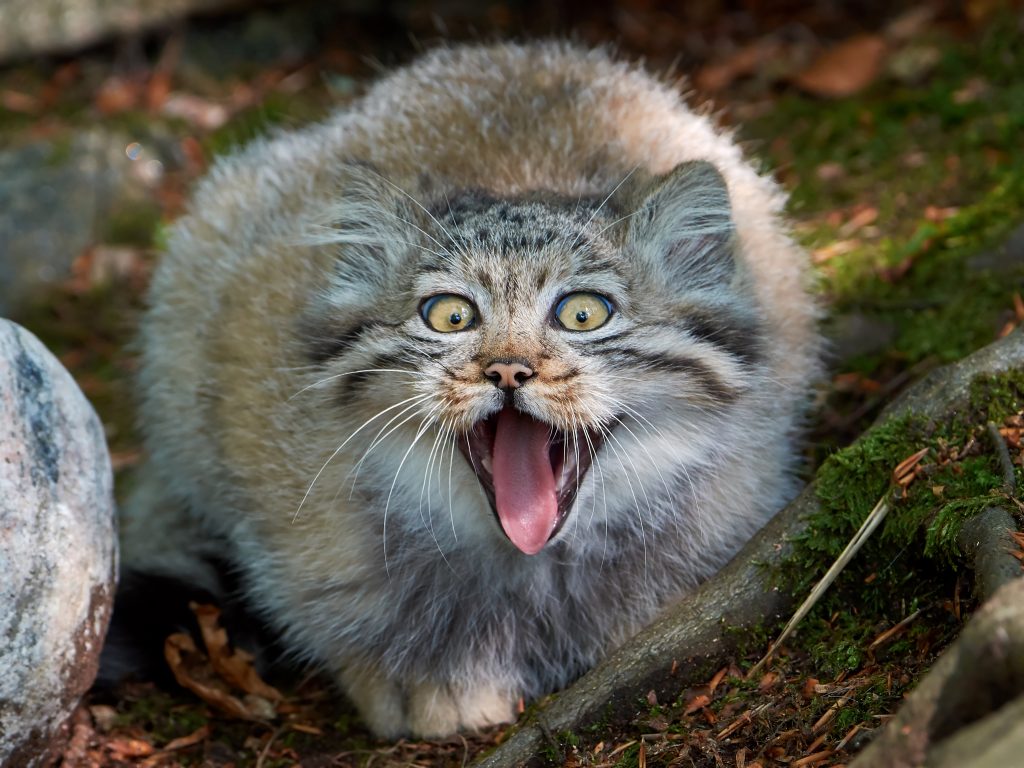 Bree, the heroine of WHEN HE’S DARK, is a pallas cat shifter. Alex, however, is the same species as his Russian’s mother. He’s a wolverine shifter, and these guys are badass.

As Bree points out in the book, wolverines “stole, lied, gambled, and started fights over pure bullshit. … Positively fearless, they’d fight to the bitter end and were renowned for their berserker rages. You didn’t piss off a wolverine unless you had a morbid interest in being unceremoniously beaten within an inch of your life.”

Alex serves as his Alpha’s interrogator/scare tactic, since no one wants to tackle a wolverine shifter. Bree is an omega—an emotional healer. She’s not sweet or diplomatic or tactile, but she gets the job done in her ‘tough love’ way. Given that my main characters both have inner animals that sit somewhere on the insanity spectrum, you can imagine that I had a lot of fun writing this book.

A few people have asked me if Bree featured in any of my other series. No, she’s a newbie. I initially didn’t have a character like her in mind for Alex, but she sprung to life in my head and refused to go anywhere, so I went with it.

Characters from the Phoenix Pack and Mercury Pack novels will make appearances throughout the Olympus Pride series. Some will have short cameos while some will have a ‘part,’ shall we say. You’ll get to see how the kids are getting along since, in terms of the timeline, WHEN HE’S DARK begin shortly after the eight-years-later epilogues in UNTAMED DELIGHTS and SHARDS OF FROST.

I can’t say for sure how many books in total I’ll write for the Olympus Pride series. I plan to write novels for the Alpha’s sons and daughter—Tate, Luke, and Elle. It’s possible that I’ll write more, I’m not certain yet.

WHEN HE’S DARK will initially be released on e-book. The paperback version will follow sometime in April 2020. I’m not sure when the audio book will be available; I’ll keep you posted on that. The novel will be released in France at some point—I’ve spoken briefly with my French publisher about it—I don’t yet have a release date, though. I’ll post it when I have it.

Thank you so much for taking the time to read this post. If you have any queries about the series that I haven’t addressed here, please feel free to email me at suzanne_e_wright@live.co.uk